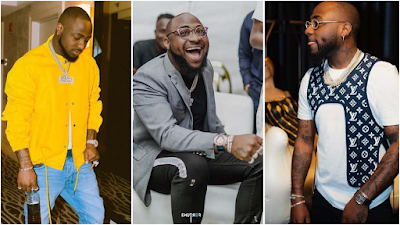 Nigerian popular singer and songwriter David Adeleke professionally known as Davido surprises gateman with mouth watering breakfast
Davido has put his gate-man in his house in awe after surprising him with mouth-watery breakfast package.
Only on Sunday, the singer promised to record a verse for embattled singer, Cynthia Morgan despite their fall out in the past.
DMW Boss, David Adeleke has also left his gateman speechless after his kind gesture to him.
In the video which is currently circulating on social media, the gateman couldn’t believe his eyes as he prayed endlessly for the ‘fia’ crooner after the food was delivered to him.
Davido was seen presenting a package basket full of variety of breakfast to his gateman who wasn’t expecting that surprise that morning
Watch the video below: