Landlord shoots tenant over refusal to vacate his property 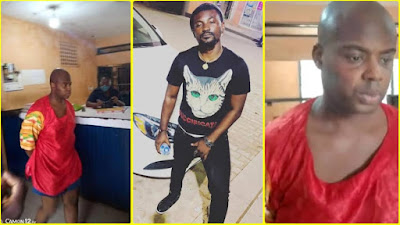 One landlord identified as Steve Nana Kamkam has purportedly shot and killed his tenants, known to be Benjamin Okyere at Ofankor a suburb of Accra.
The landlord’s action was as a result of the tenant’s failure to vacate a two bedroom apartment following the expiration of his rent.
The landlord is said to have given a written notice to the tenant, demanding that by May 24, 2020, the tenant moves out from the room but the notice fell on the death ear of the tenant.
According to onlookers, the landlord stormed the house yesterday afternoon, wearing a bullet proof with weapons.
“We heard four gunshots so we came running to the scene only to see the tenant lying in a pool of blood,” said by one of the onlookers.
“At the beginning, we thought the sound was ‘banja’, but to our surprise we got there only for us to see the gun-wielding landlord take to his hills. When we got closer to the scene, the tenant had been shot in the chest, leg and shoulder,” another eyewitness narrated.
The suspect has since been apprehended and kept in police custody but he refused to give any reason that necessitated the decision to kill his tenant.
All he said was that he took the decision out of self-defense. However the house in question has been bent to aches by angry youth in the area.
Meanwhile, Family of the deceased are demanding justice to prevail in the issue.
“Our brother told us that he dreamt about the incident hence his resolve not to renew the advance only for him to be killed on the very day he was moving out. We want justice to prevail in this matter.” Sister of the deceased noted.
The suspect is currently in the custody of the Achimota-Mile 7 District Police station.